Modernity, it would seem, is not just skin deep. If we look closely, we can find it in the articulation of the Glasgow tenement, forging a depth and thickness from the set-back Victorian façade. 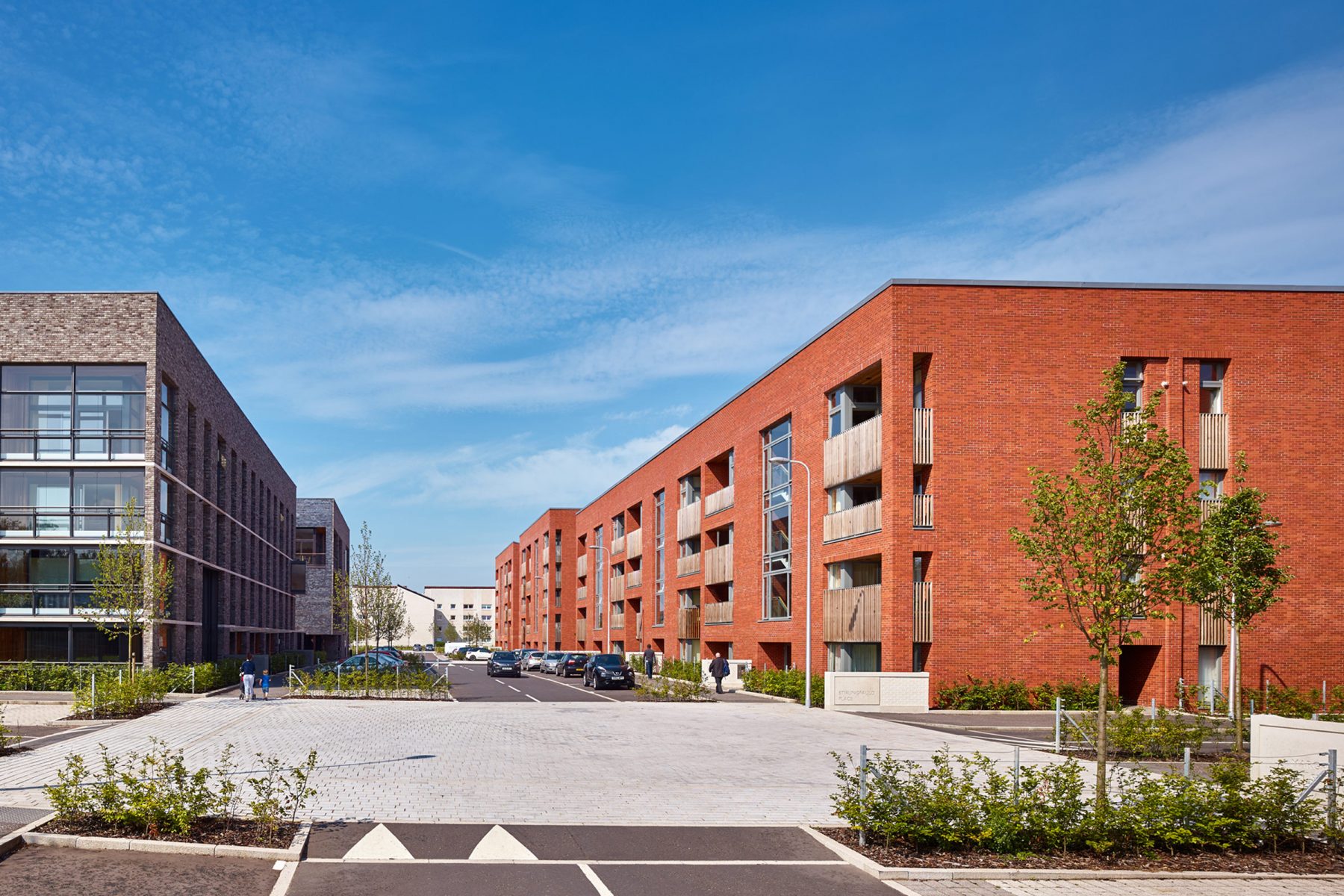 “Lurking undercover, behind the Classical pretensions of Glasgow’s quiet architectural heritage, is a hidden modernity; an attitude woven into the carved stone that informs our thinking today. ”

Poised behind the thick, moulded façade at 104 Trongate, for example, lies a hidden horizontality; a modern and linear composition channelling a much more futuristic idea about light, volume and aperture. Pronouncing its considerable mass, it holds the corner firmly, propping up the more contemporary interventions on either side.

Modernity, it would seem, is not just skin deep. If we look closely, we can find it in the articulation of the Glasgow tenement, forging a depth and thickness from the set-back Victorian façade. Where the building line stands off, excavating a basement level and defining a threshold to the street, the bay window reaches out, asserting a physicality that goes beyond the carved pediment and Corinthian pilaster.

This idea of a tenemental proto-modernism has been a repeated source of inspiration for us, notably at Laurieston, where the bay window is inverted and reinterpreted as a language of excavated recesses that describe a personal outdoor space, cradled by the heavy masonry skin; a sort of ‘indented bay’. Where the street is shared with cars, these vertical semi-private spaces are where social life is played out; a public extension of the ‘front room’.

On to Glasgow Academy’s Saunders Centre, which reaches out above the street, its bays quarried into the concrete, echoing this Glasgow language in its muscular fenestration. Its generous internal streets become an extension of the pavement and the thickness of the building is revealed at the entrance and obliquely through the glass.

We have taken this idea a step further again at Scottish Power, at once defining and celebrating a reclaimed public space against the bustling edge of St. Vincent Street. A social gesture against the canyon of the M8 motorway.

The extension to the Theatre Royal too, finds a way to occupy, visibly, generously, an otherwise inhospitable edge. Gilded it may be, but peel back the surface of this corner bay and you will find the weathered, blackened sandstone that characterises the city of its birth, reaching out in a new civic front.

The bay window arrived in Scotland via Glasgow but its influence is much wider. It suggests a way of occupying the street and bringing it to life with a collective gesture, the individual as part of a greater whole. Strong, definite and ever so slightly belligerent, this is a distinctly Scottish language that guides our hand and resonates – consciously or unconsciously – across our cities.

"Our practice thrives on a fine balance of experience and youthful energy. I am constantly inspired by the ideas of the next generation."

Is this how we work?