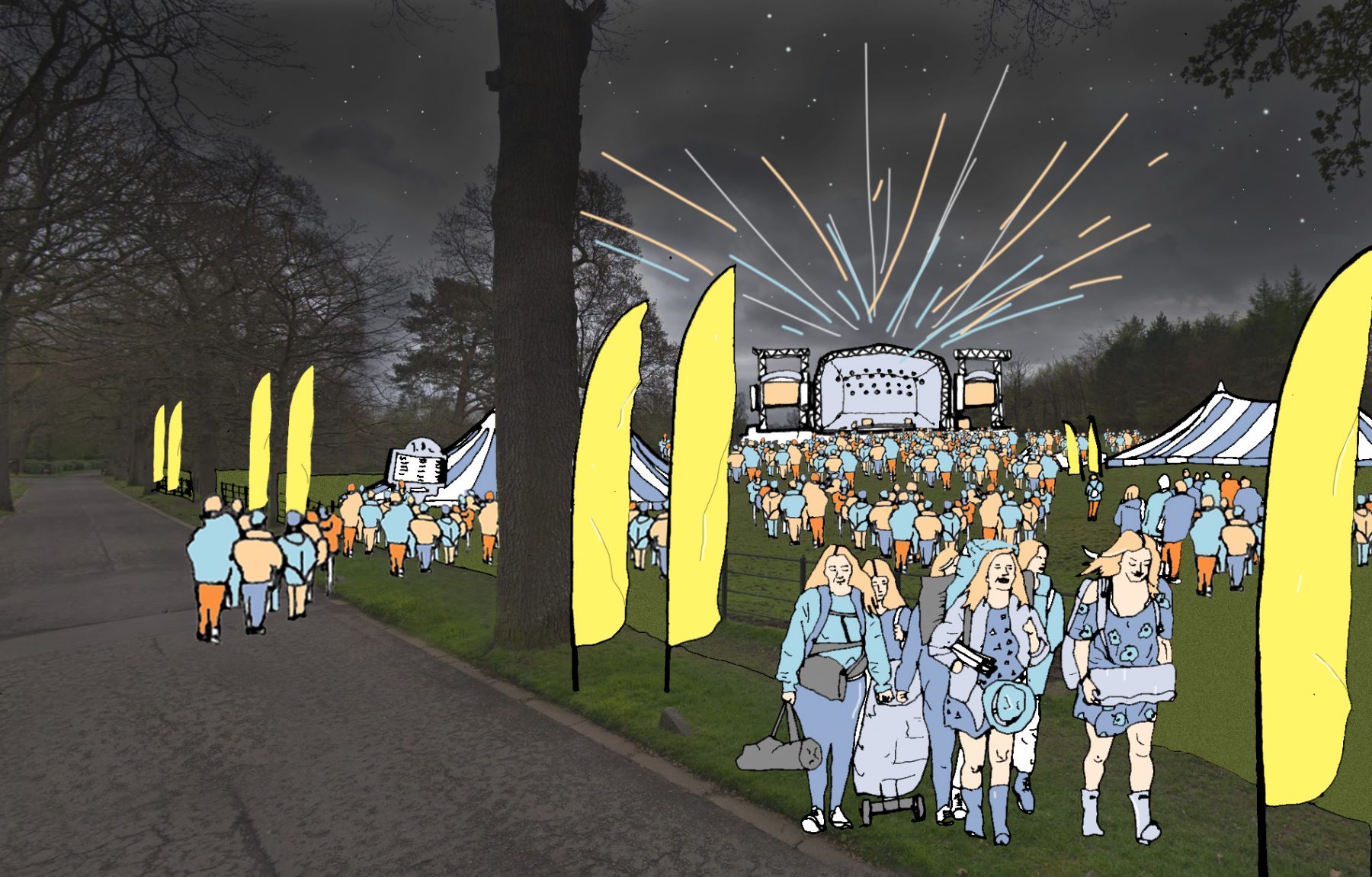 In 2019, Page\Park were engaged to undertake a project analysing Pollok Country Park in Glasgow, with the aim of identifying the role Pollok House currently plays in the visitor experience, and speculating on future commercial and cultural opportunities in the park setting.

This analysis project included historical research, precedent studies, and analysis of the wider urban context. In parallel, Page\Park undertook an appraisal of visitor experience in the park. Supported by data gathering, this adopted a methodology of recording the experience of visiting the park, from entering at its edge, to arriving at Pollok House.

There are many different ways for a visitor to navigate the Pollok Park setting. Keen to get into the mindset of a visitor, we surveyed the park mainly on foot, recording our impressions in a social media style format. We described this as ‘Experiential Analysis’, and it encompassed four aspects: arrival at the park edge; distribution along the routes and through the zones of the park; points of interest or destinations; and routes of departure.

Key to this was putting aside our existing knowledge of the park, instead following signage and the natural hierarchy of routes. We recorded our impressions of physical characteristics – facilities, surface conditions, accessibility – in addition to the more intangible aspects such as comfort (how safe do I feel?), orientation (where I am in relative to my destination?), and character (does this route have a unique beauty or feel historically significant?). 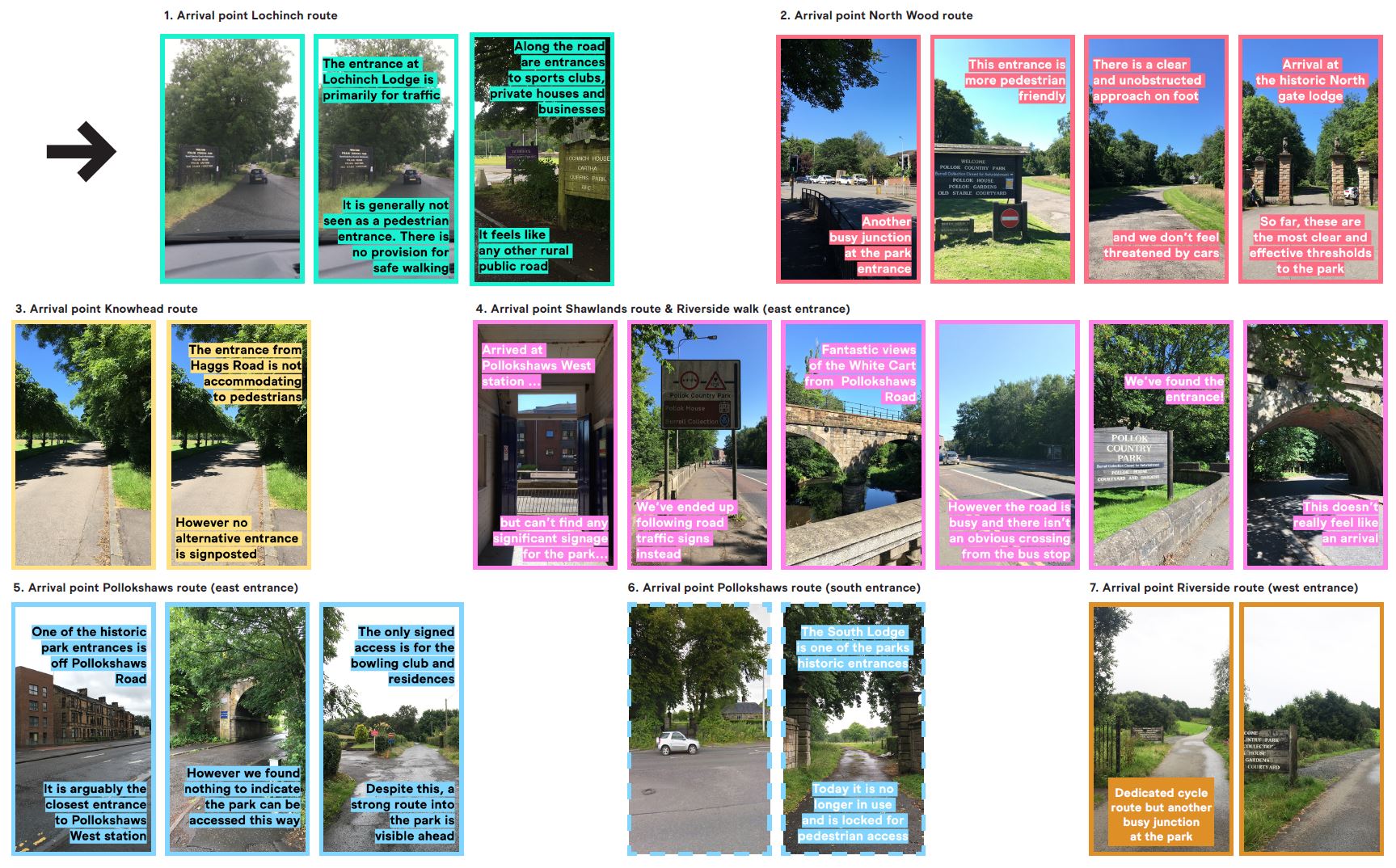 We collected data on comparable parks and gardens in the UK and Europe, to assess Pollok relative to the wider context. Using examples such as Alnwick Garden and the Royal Botanic Gardens at Kew, we focussed our research on examples that had both a clear visitor sequence of arrival, distribution and destination, and also a strong commercial offer. In several examples we noted the success of the park setting in both orientating visitors around a central ‘main’ attraction, while still being a destination in its own right.

The estate at Pollok has existed for over two-hundred years, and so we undertook research into the historical development of the setting. From the contributions of successive Baronets to the construction of the adjacent motorway and the Burrell Collection in the 20th century, the fabric of the park is historically rich; in some places obvious today, and in others less so.

This exercise achieved the objective of identifying several dormant assets and untold stories in the park. This included southern entry points and routes into the park that while once significant approaches to Pollok House, are today blocked or difficult to find. It also added an additional layer to the analysis exercise undertaken on foot, confirming some assumptions about the historical significance of routes, and underscoring the hidden potential of others. 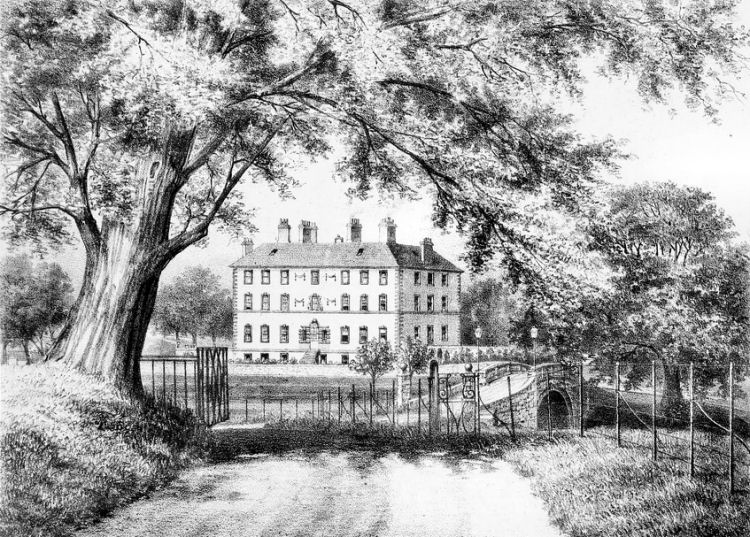 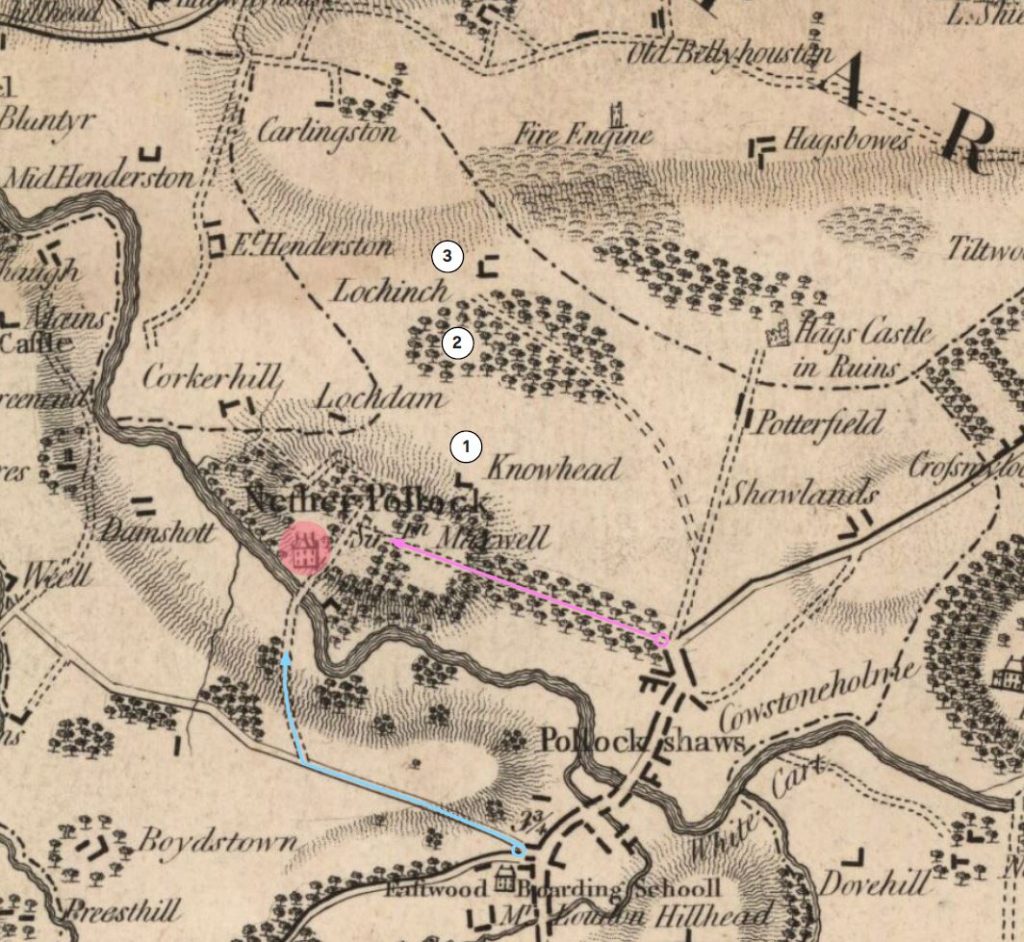 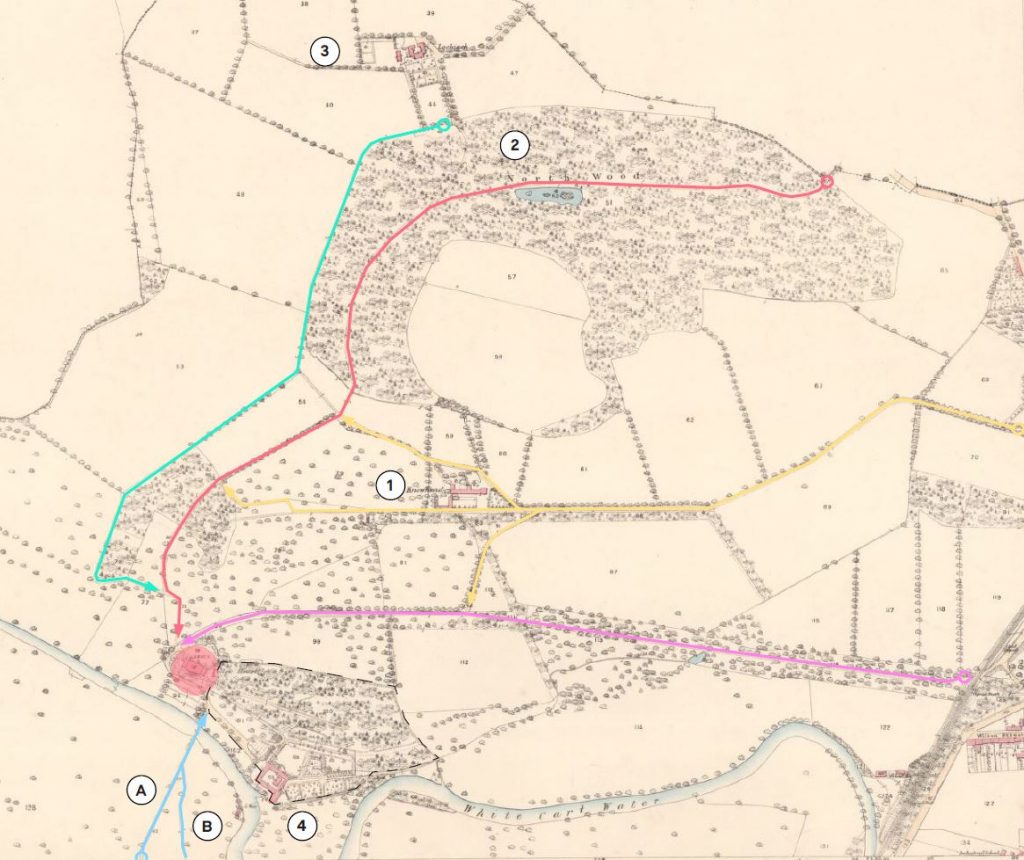 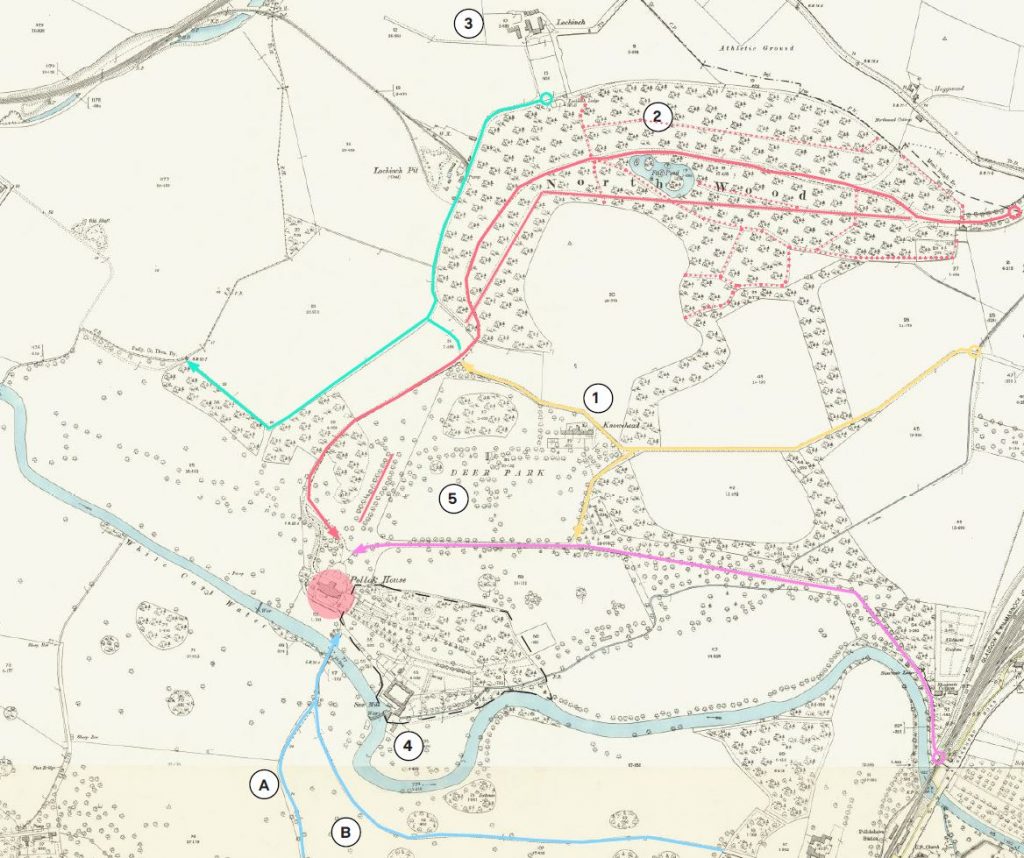 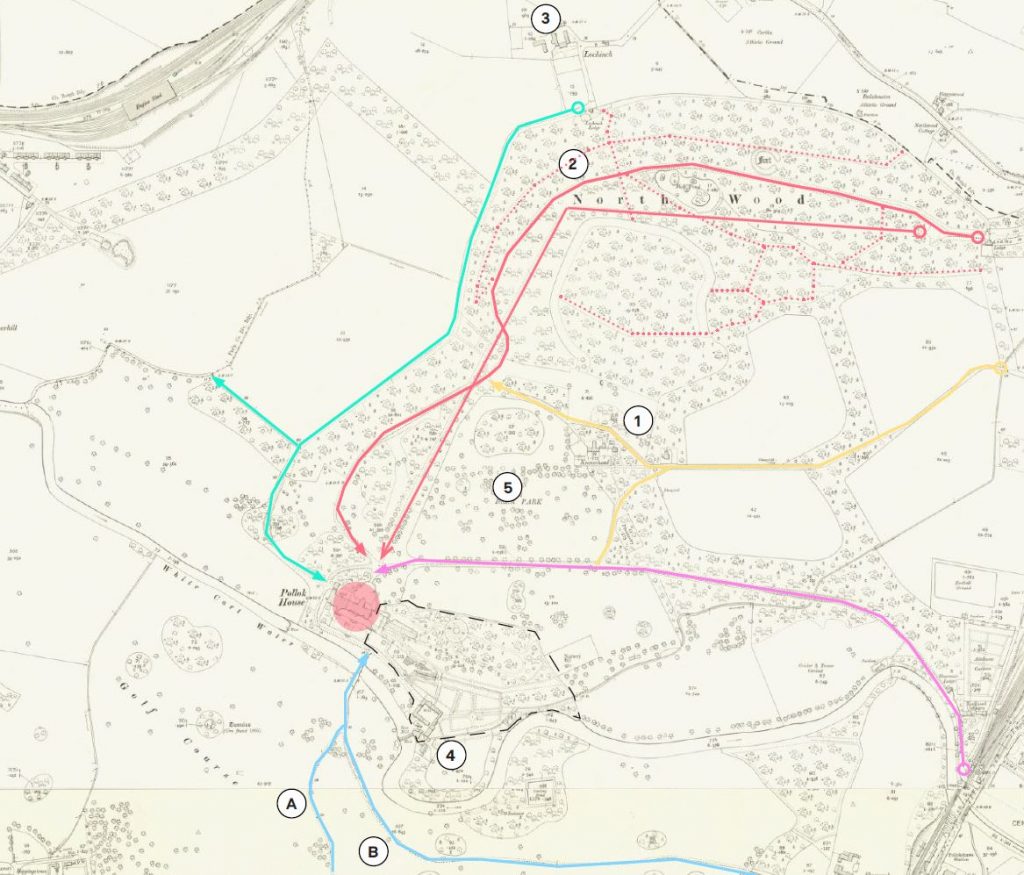 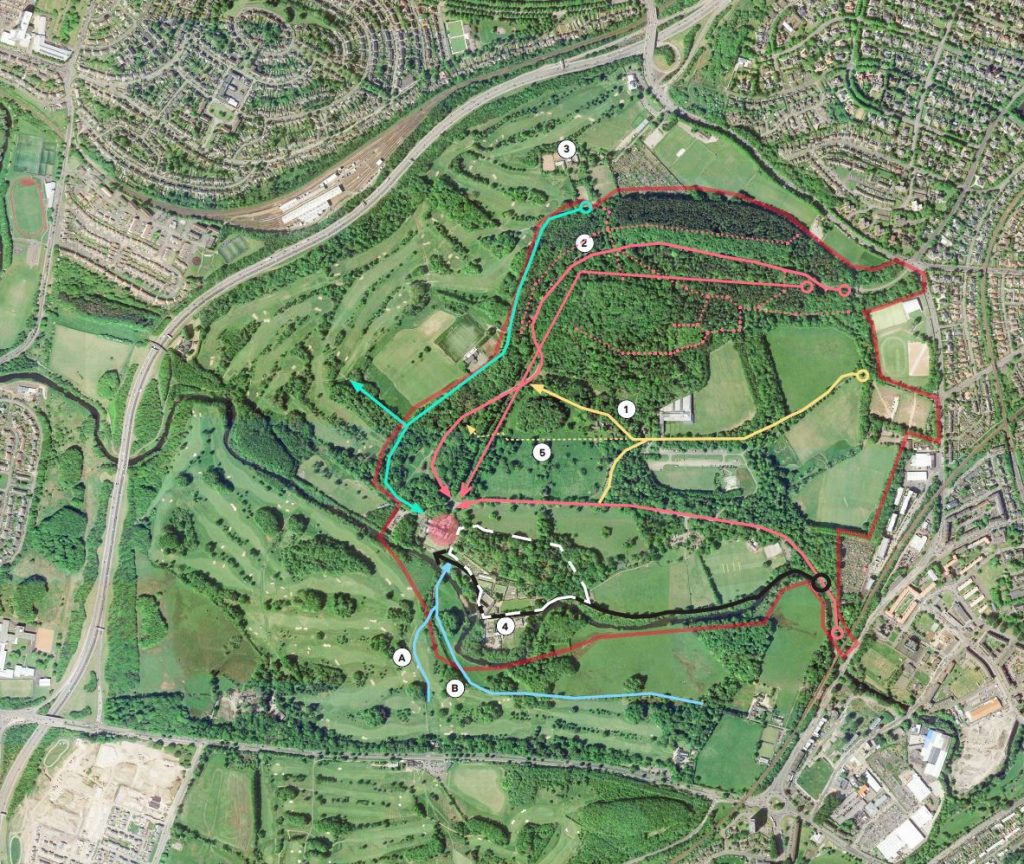 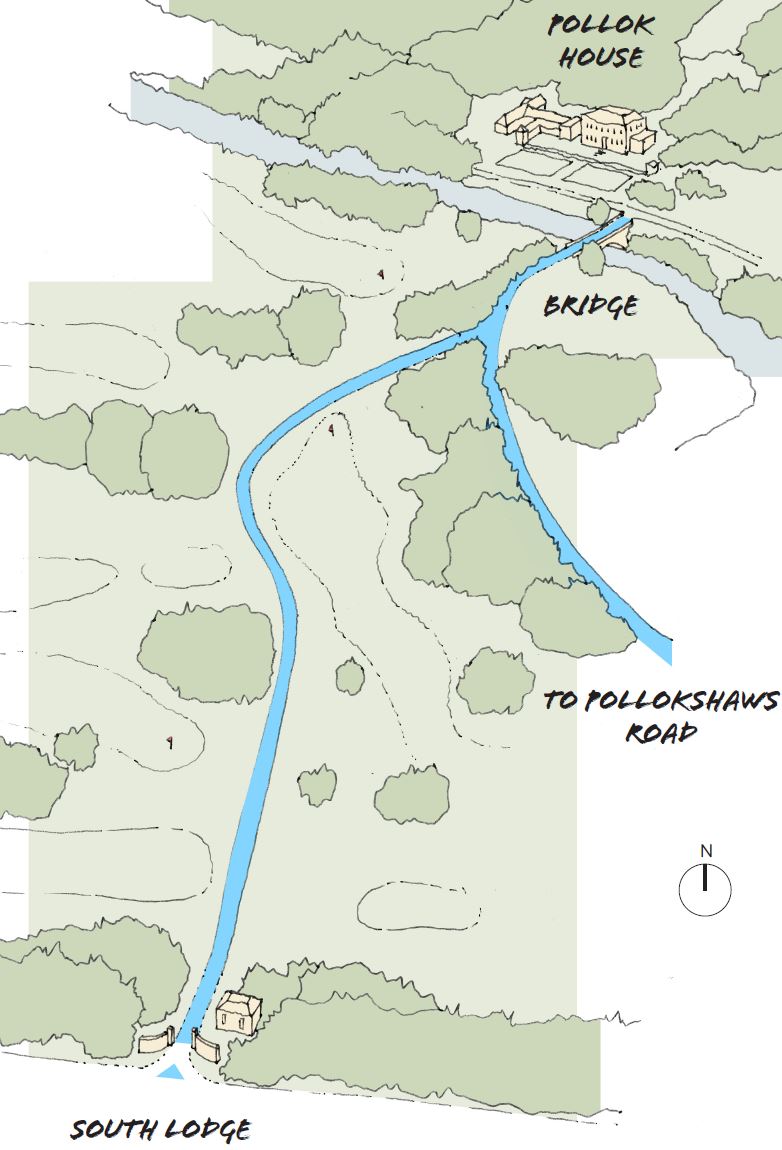 The evolution of historical Pollok Park into what it is today owes much to the construction of the adjacent motorway and increase in the surrounding residential population. This is reflected in the popularity of certain park entrances and routes, driven by ease of access by car and public transport. We collected information on how Pollok Park is today embedded into the wider city, mapping transport nodes and travel distances, and acknowledging that a visit to the park does not necessarily start at the gate; but instead begins as you step off the train, start walking from Shawlands, or exit the motorway in your car.

Pollok Park is also subdivided today, more so than at any time in its history. In our experiential analysis exercise we felt this impact – manifested as an air of defensiveness – from a visitor perspective. We researched and mapped these borders, acknowledging these tenancies as part of the park’s lifeblood and modern fabric, to be supported and embraced rather than fenced off.

Data gathering was conducted along these three strands: experiential analysis, historical analysis, and contemporary analysis. Seeking to combine this research and achieve measurable, tangible output, we developed a scoring system. Scorecards plotted six routes in the park against ten key characteristics, which were each assigned a score out of five. From a total of fifty points, each route was given a total score.

This exercise confirmed what routes were most effective in distributing visitors around the park and providing a quality experience, and which had the most untapped potential. Common issues were identified and crucially it provided quantifiable evidence to support the observations we were making when playing the role of visitors.

This methodology would inform a series of recommendations about how the park could be reimagined, utilising its rich potential and presenting other cultural and commercial opportunities.

Recommendations included exploiting the potential of the ‘lost’ southern half of the park, revitalising the original approach to Pollok House, and making the visitor experience culturally richer. This was one of several moves to establish a more joined-up network of routes, ultimately creating what we described as an ‘endless park’  – a park in which visitors naturally spend more time, discover more, and which becomes more attractive for light-touch, well considered, commercial investment.

A common denominator among our precedents was the inclusiveness of activities provided within the setting, making the parks attractive for families, young people, and the elderly, at a wide range of cultural and social demographics.

Pollok Park was gifted to the City of Glasgow by the Maxwell Family in the 1960s, on the condition that it remain a public park. Acknowledging this role as one of the fundamental democratising spaces in Glasgow, we endeavoured to visualise a park that provides something for everyone. 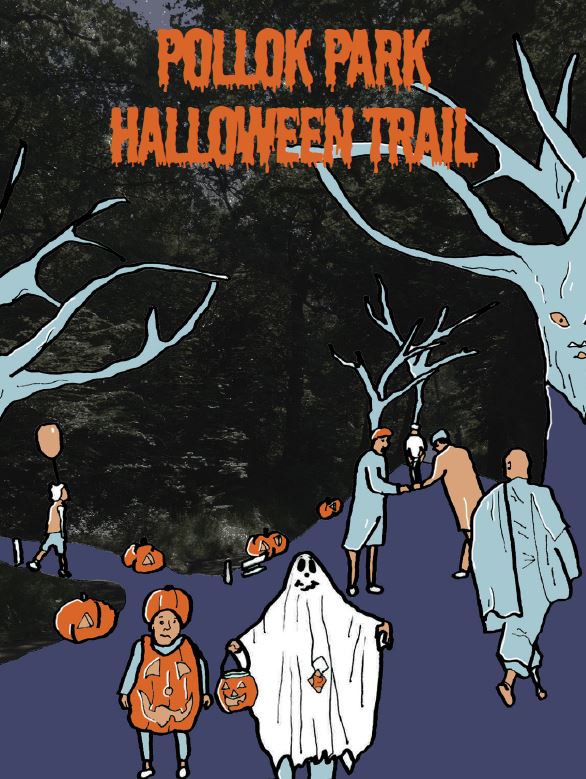 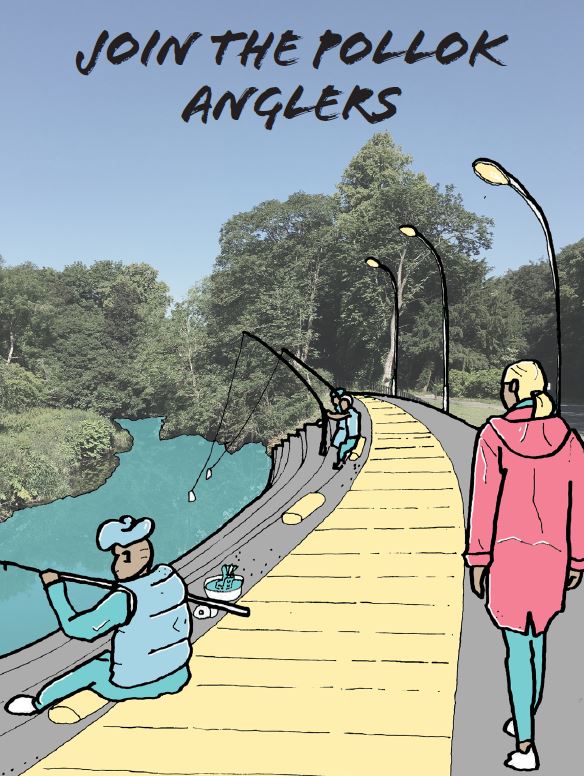 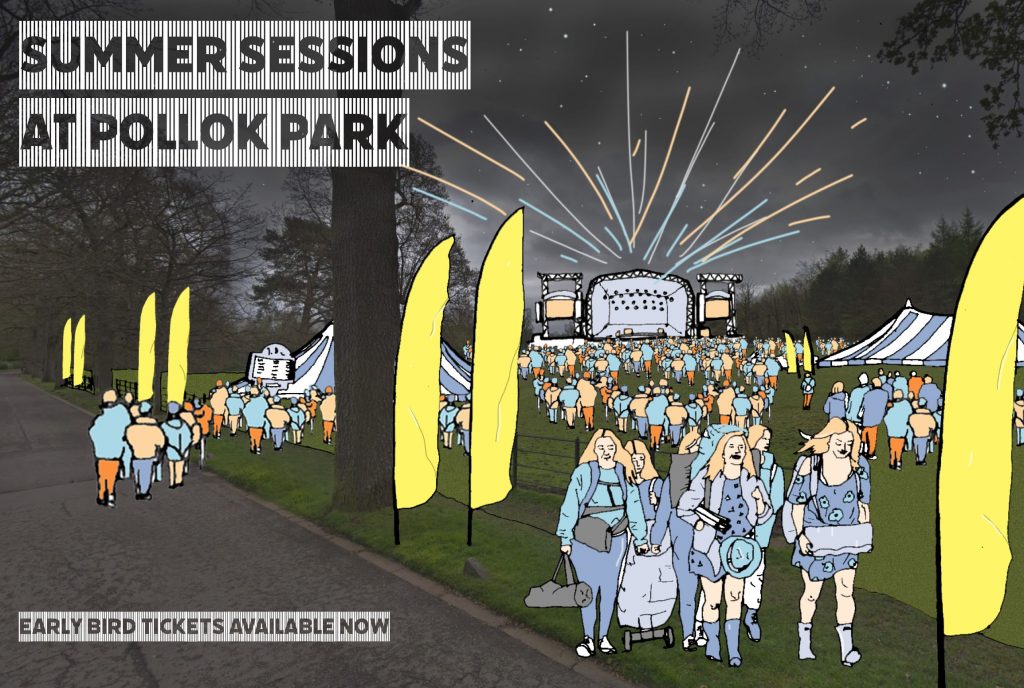 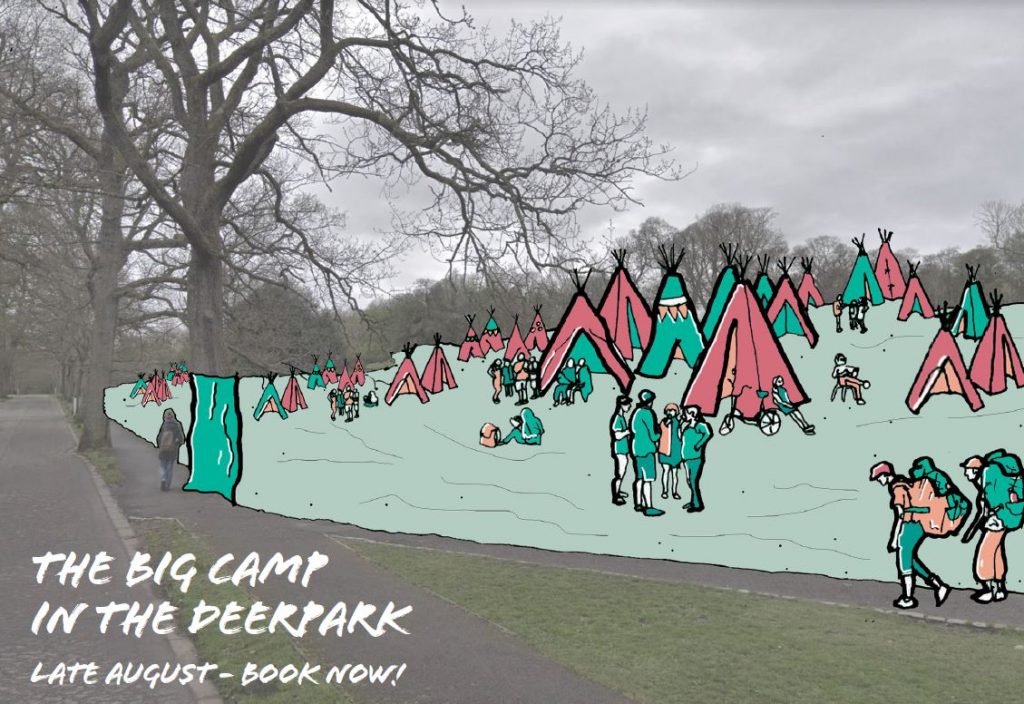 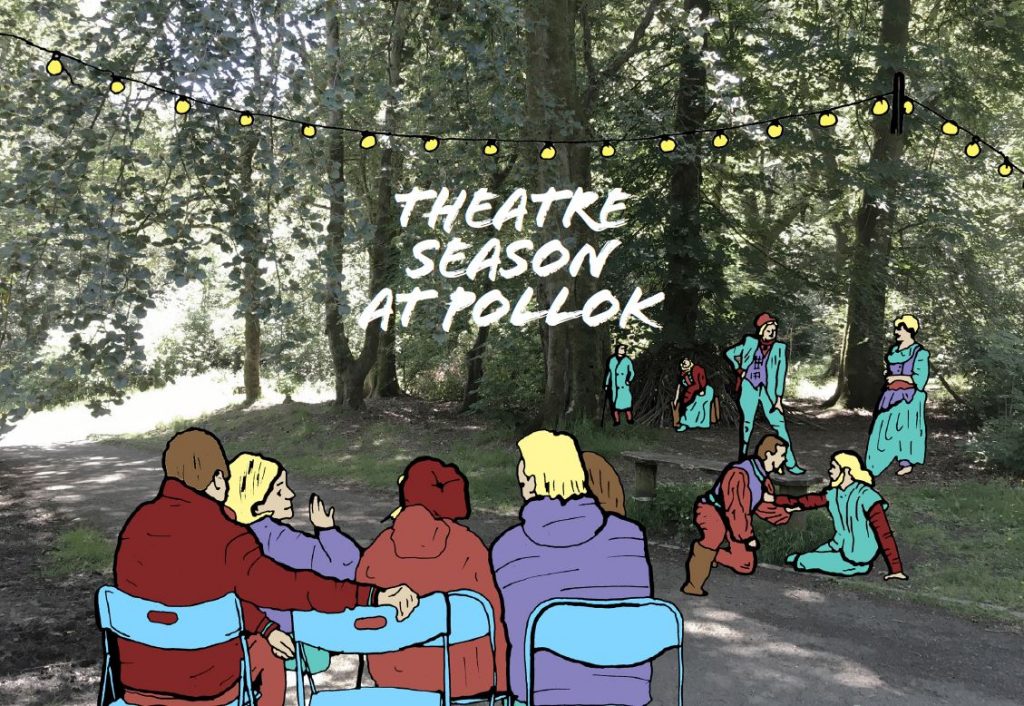 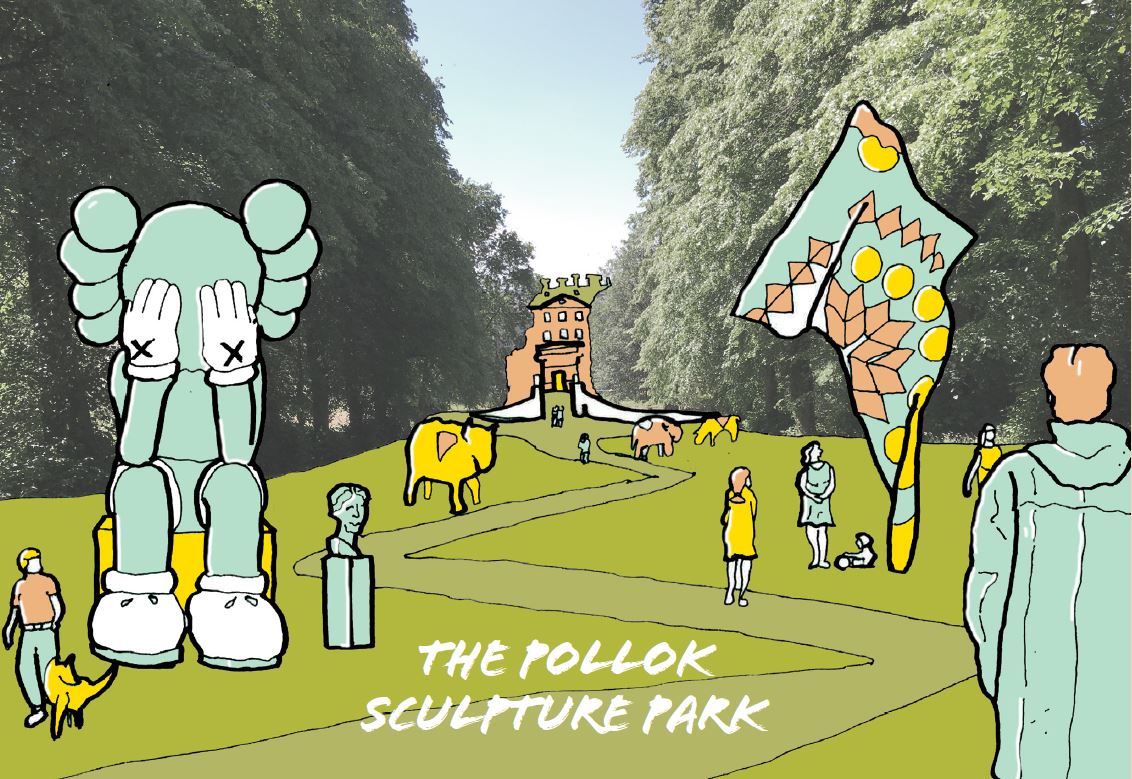